2015 is proving to be a hugely successful year already for Lisa McHugh the Glasgow born ‘Young Queen of Country’, who has taken Ireland by storm.  Earlier this year, Lisa was named “Female Artist Of The Year” at the Hot Country Awards and also by the Sunday World and now, she is taking her tour across the Irish Sea to her UK fans! This week, Lisa releases her new album ‘Wildfire’, which is set to be a chart topper. 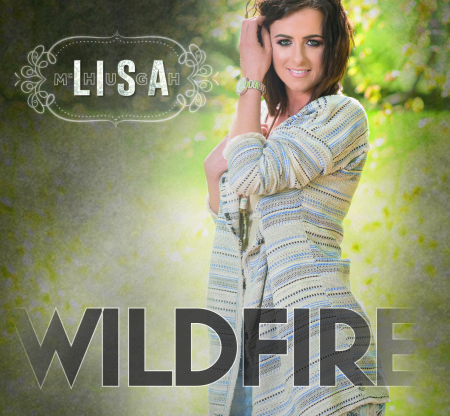 The gorgeous Glaswegian had huge success last year, with her album, “A Life That’s Good” and TV series “On The Road With Lisa”, which she has now started filming for its second series.

The twenty-six year old moved to Ireland from its ‘Celtic Cousin’, Glasgow, only a few years ago, to pursue her dreams of becoming a country music star. Now residing in Co. Fermanagh, Lisa is the “Hillbilly Girl” that everyone is talking about and she will be returning to Scotland and visiting NE England on her travels for four dates only!

The tour will be starting in Lisa’s hometown of Glasgow, in the Eastwood Park Theatre, Glasgow on the 24th September, moving onto Tyneside Irish Centre, Newcastle on the 25th, then to Webster Theatre, Arbroath on the 26th. The tour will be finishing up with a concert in The Ryan Centre, Stranraer on the 27th September. For further information and box office details please visit www.lisa-mchugh.com

Lisa’s brand new album ‘Wildfire’ is out tomorrow and will be available to download via iTunes. 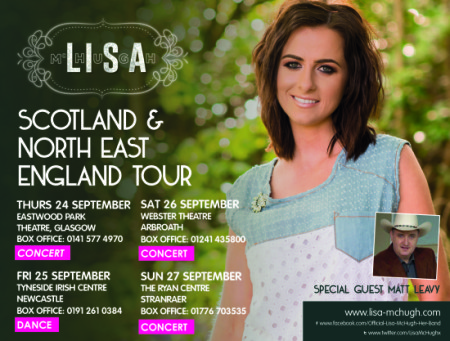 For all media enquiries contact Amie Grimes at promo@risingpr.com