LISA IS FEMALE VOCALIST OF THE YEAR!

Lisa McHugh has got the year off to a great start, after being awarded with “Female Vocalist Of The Year” last night at the Sunday World annual awards, which were held in Citywest, Dublin.

Born and raised in Glasgow, Lisa McHugh is the young country star who has won over the hearts of many on her journey to stardom. Moving to Fermanagh a few years ago was a turning point in Lisa’s life when she decided to take her music career to the next level, by going professional – and what a whirlwind it has been.

Last night, after the ceremony, Lisa tweeted “Honoured to have received “Female Vocalist Of The Year” tonight at the Sunday World Awards! Thank you so much!” alongside a picture of the Glaswegian beauty, in a stunning Jovani dress. 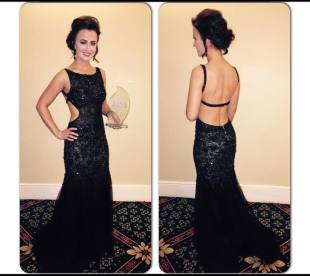 Watch out for Lisa in the dancehalls and theatres near you in 2015 and on screen for another series of ‘On The Road With Lisa’.