Gorgeous Glaswegian, Lisa McHugh, kicked off the year with a great start; winning ‘Female Vocalist Of The Year’, for the third year running at the Sunday World Awards back in January. Now, Lisa is ready to ‘Bring On The Good Times’ with a fantastic year ahead planned, starting with her UK Tour, which kicks off next week.

Lisa hails from Scotland, and moved to Ireland to pursue her career in country music just a few years ago. Now, armed with a full band of her own and thousands of fans, Lisa returns to the UK for her very own tour – something she used to dream about doing one day. Her new single, released earlier this month, ‘Bring On The Good Times’, is taken form her current album, ‘Wildfire’, which was released last year and reached number 7 on the Official Irish Charts.

With an array of talents on offer, Lisa has always been destined for the bright lights of stardom. The talented country starlet has a new album coming out later this year, which is expected to be a runner for the top spot in the charts.

Lisa has an exciting and busy few months ahead, with dances and concerts all over the country as well as the UK! This March, Lisa will be embarking on her UK Concert Tour, stopping off at the following venues: 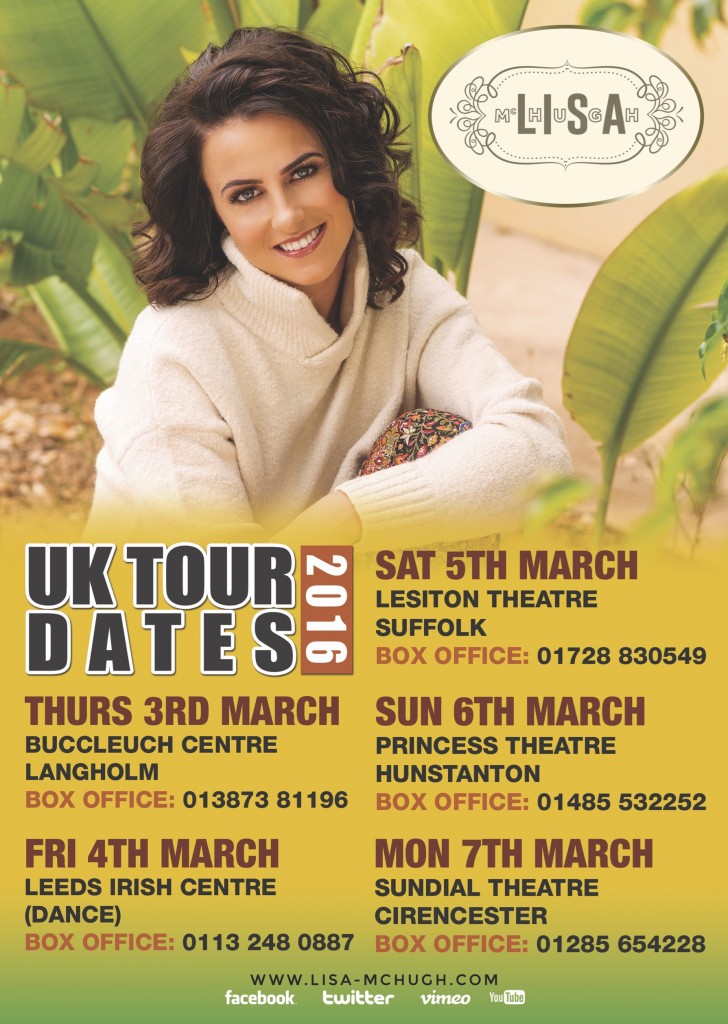 Check out lisa-mchugh.com for ticket information and dancing dates!