Gorgeous Glaswegian, Lisa McHugh doesn’t do things by half. Today, the 27 year old country star announced that her new single ‘Why Have You Left The One’ is out now, and her brand new DVD, ‘#LisaLive’ is on release this Monday, 14th November.

The two releases come hard on the heels of her recent album ‘#COUNTRY’, which shot straight into the top ten and reached No.3 on the Irish Charts. After such huge success, Lisa decided she would strike while the iron was hot and record her first Live DVD #LisaLive. The event sold out immediately, and took place at the spectacular Armagh Marketplace Theatre back in September. #LisaLive is on sale from Monday 14th November, and is available to order from her website now. #LisaLive was launched with a glamorous, red carpet event at IMC Cinema, Enniskillen – the first of its kind for a country music event.

With so much going on in the young starlets life, you would think a break would be on the cards… not for Lisa. Lisa is dedicated to pleasing her fans, and today, announced ANOTHER release, a new single, ‘WHY HAVE YOU LEFT THE ONE’, taken from her recent album #Country.

The single was originally a 1978 US Country Number One for Crystal Gayle. Speaking of the release, Lisa said “I must admit that I wasn’t 100 percent sold on it to start with. But my producer, Jonathan made it punchier and catchier, with a lot more energy to it. I hope that people will say ‘oh goodness, I haven’t heard that in a long time’. I think it is a great song now.”

Last night, during the DVD premiere, Lisa excitedly tweeted: “So… I guess we like to do everything at once…”Why have you left the one” taken from my latest album #Country and my live DVD available for download on iTunes from midnight!!!” It’s no wonder Lisa’s fans are so devoted, with such a devoted lady to follow!

#LisaLive is now on sale from Lisa’s website. ”Why have you left the one” is available in an album version and a special Live version, taken from Lisa’s live DVD. 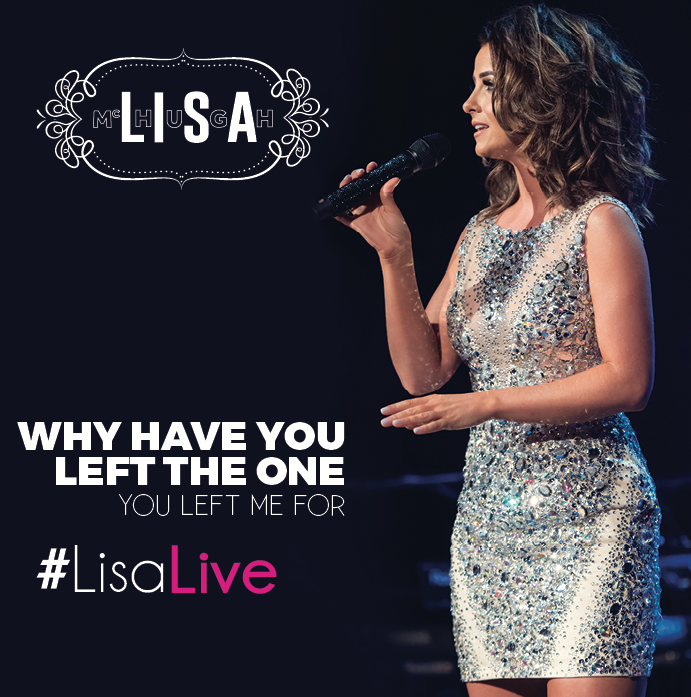