A WEEKEND OF COUNTRY WITH THE PRINCESS OF COUNTRY

Hailing from Glasgow and now residing in Co. Fermanagh, Lisa McHugh has won the hearts of the nation with her charm, wit and of course, her beautiful voice. With such a huge demand for the Sunday World’s “Female Vocalist of the Year”, she has decided to hold her very first “Weekend of Dancing”, which will be held this autumn, in the Clanree Hotel, Letterkenny. 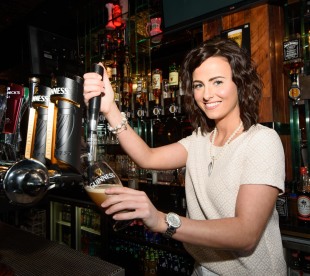 Lisa dropped by the Clanree Hotel, to test the Guinness they had on offer!

The rising star’s career has been going from strength to strength over the past couple years since coming on to the country music scene. At just twenty-six, Lisa is already known as Ireland’s Princess of Country, and her fans just can’t get enough of her, filling up dance floors around the country with her own style of country music.

The gorgeous Glaswegian had huge success last year, with her most recent album, “A Life That’s Good” and TV series “On The Road With Lisa”. Her TV show has has now started filming for its second series and she is currently working on her next album – it’s all go for a sought-after woman like Lisa!

Her very special “Weekend Of Dancing” will be taking place in the autumn, from 16th – 18th October, which will turn the Clanree Hotel, Letterkenny into a haven for country music fans. Lisa will be joined by Johnny Brady, Patrick Feeney and Nicky James throughout the weekend, and it is sure to be one you do not want to miss.

Places have already started selling for the weekend with Lisa, so book yours now to avoid disappointment! We have a special package available for Lisa’s fans at a discounted rate, you can find out more by calling the hotel on +353 (0) 74 912 4369 or further information and booking online at www.clanreehotel.com 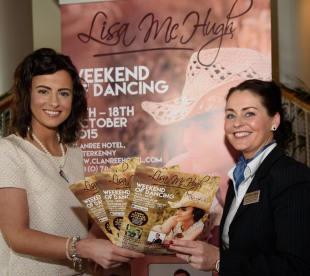 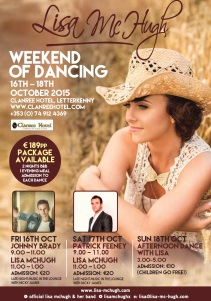