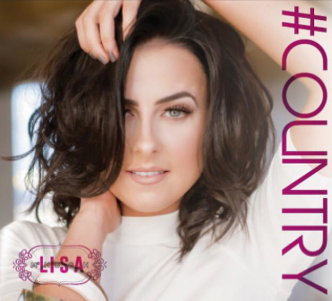 AUGUST 12: Gorgeous Glaswegian, Lisa McHugh’s love affair with her fans is set to blossom even more beautifully with the release of her fantastic new studio album, #Country.

The 27-year-old flying Scotswoman with fifteen prestigious awards to her name is sure to reach new heights with the 14-track set with an ultra modern title, but with pure country music at its heart.

Nine months of selecting and recording songs close to her own heart – combined with suggestions from her creative team and public demand – has led to what lovely Lisa describes as her “best work to date”.

The title of the album, #Country is a savvy reference to the symbol used by internet users to ‘hashtag’ messages on social media such as Twitter. But bluegrass loving Lisa revealed that she has created her most faithfully sounding pure country album.

Said Lisa: “Using #(hashtag)for the title is very today. I do try to put something on Facebook or Twitter at least once a day because it is a great way to keep directly in contact with fans.

“It is a very modern title. But the new album itself is also very country. On my previous albums, the sound was very much lead guitar, piano and drums based and very punchy. But on this one, the music is slightly more subtle and leans more towards a bluegrass country style, than the ‘comin’ at cha’ songs we have done previously.

“Of course, we still have uptempo punchy tracks on #Country too because we want people to get up and dance when they come to our shows!”

Following the recent success of #Country’s first single, High Cotton, Lisa has just notched up another incredible career milestone with the Number One iTunes Country Chart smash hit, Satisfy You.

Here’s what Lisa has to say about some of the other sensational songs on #Country:

*He’s A Good Ole Boy(originally a 1994 hit for Chely Wright): “I remembered it from when I was growing up in Glasgow. It is very upbeat and ‘tongue in cheek’. So it was fun to make it the album opener to give it a good ballsy start!”

*Why Have You Left The One?(originally a 1978 US Country Number One for Crystal Gayle: “I must admit that I wasn’t 100 percent sold on it to start with. But my producer, Jonathan made it punchier and catchier, with a lot more energy to it. I hope that people will say ‘oh goodness, I haven’t heard that in a long time’. I think it is a great song now.”

*26 Cents(originally a 1998 US Country Top Three hit for The Wilkinsons): “I just fell in love with this song. It is about a girl leaving home at the age of eighteen. I can relate to that completely as I came over here from Glasgow when I was younger too. The words mean a lot to me and I hope that comes across in my recording.”

*Stuck Like Glue(originally a 2010 US Country chart topper for Sugarland): “This is probably the most modern track on the album. We wanted to make it slightly different to the original and for me to put my own stamp on it. So the tempo is faster. It is a very fun, light hearted song and I can’t wait to do the video for this one!”

*Peggy Gordon(a Canadian folk song recorded by The Clancys, The Corrs, Sinead O’Connor and others): “This is a duet with Malachi Cush. We performed it during a Northern Ireland concert tour and also at the Irish TV Country Music Awards last year. The amount of people asking if we had recorded it and wanted to buy it was unbelievable. It turned out really well.”

But now, Lisa is aiming even higher with #Country as she gears herself up for a hectic round of in-store signings, radio and TV appearances, recording of her first live DVD; an autumn tour of Scotland and of course, continuing with regular sell-out live shows at dance halls throughout Ireland.

Said Lisa: “High hopes for this one are definitely on the cards. I absolutely love this album. I am very proud of it and I am just hoping that everyone else will enjoy it as much as I did making it. I think it is my best work to date.

“Wildfire got to Number Seven which was my first Top Ten hit in Ireland. So fingers crossed that we get into the Top Ten again. And if we get higher this time around, then that would be just incredible!”

“When I moved over here in June 2010, I had no dates in the diary. I had no band. I had no management. I had nothing. I suppose I was a young girl with big dreams.

“As a young woman, it can be hard to be taken seriously at first. But people realise now that I am very serious and very passionate about what I am doing.

“I am lucky now in that I am surrounded by a great team who have also become great friends. I know where I want to go. I know my goals and what I want to achieve.” 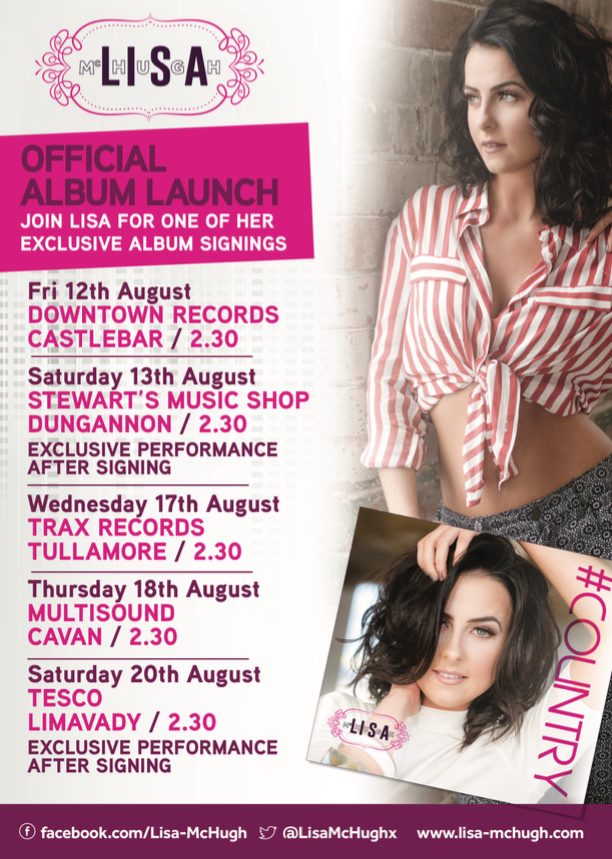