WITH HER ‘#COUNTRY’ SUCCESS, LISA PREPARES TO SET OFF ON HER SCOTLAND TOUR

Next week, Lisa McHugh will to return back home, to bring her own brand of ‘#Country’ to Scotland. Lisa will be asking her Scottish fans to celebrate with her, after new album reached no.3 on the Irish Charts on its first week of release last week!

Lisa moved to Ireland to pursue her career in country music just a few years ago. Now, armed with a full band of her own and thousands of fans, Lisa returns to the Scotland for her very own tour. With an array of talents on offer, Lisa has always been destined for the bright lights of stardom. The talented country starlet has had a very busy schedule this year, with tour dates all over Ireland and her new album release, ‘#Country’.

Now, Lisa will be returning to Scotland for a special theatre tour, from 1st – 4th September, stopping off at the following theatres: 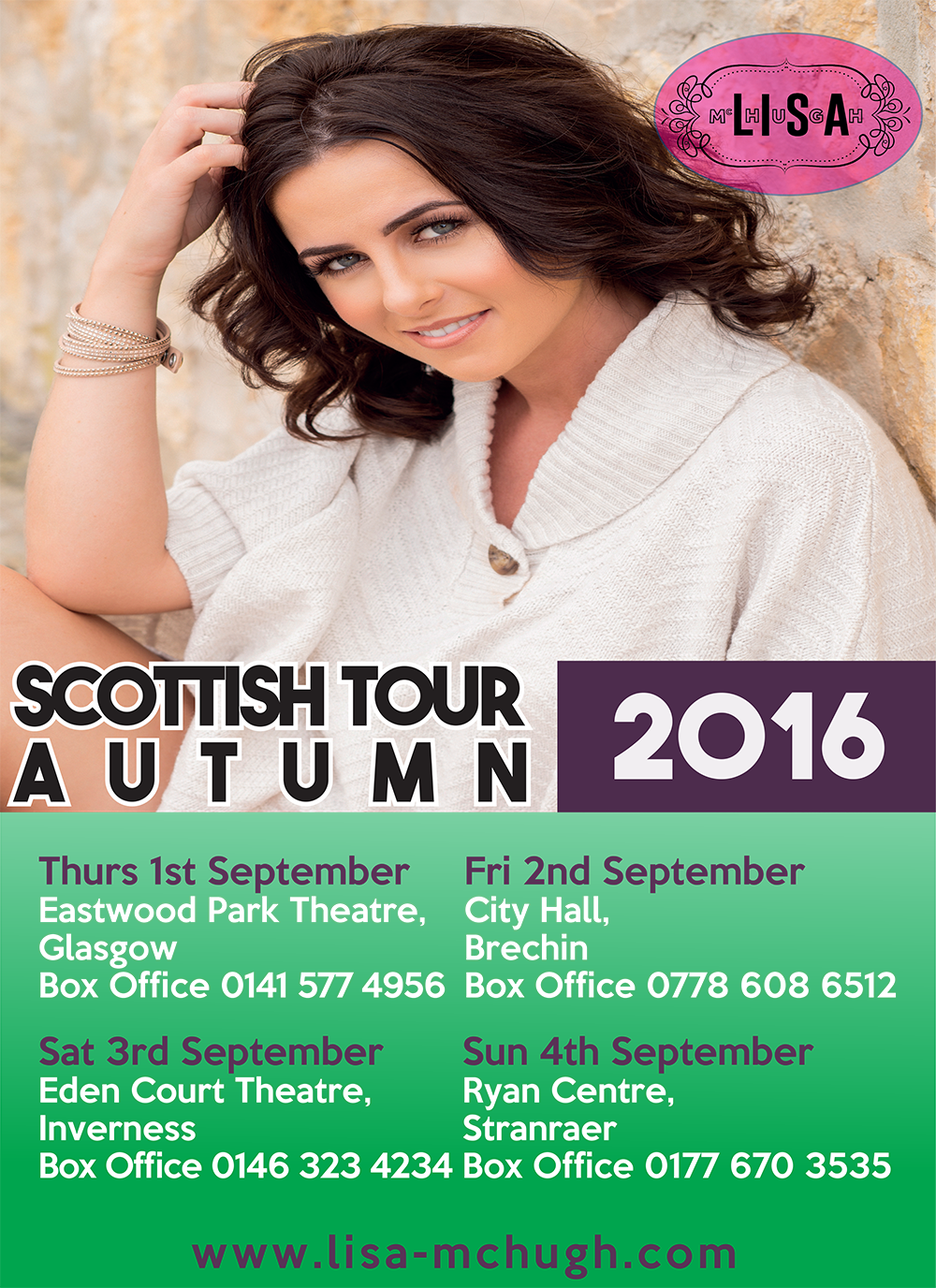